Please note that the information below is as collected from public records and may not be accurate.  It is collected as accurately as possible but may include errors where there are people of the same or similar name.  Please let us know of errors or omissions.

William Lawson Aldridge.
William Lawson Aldridge was born on 27 April 1896 in Bradford, Yorkshire, his father, Alfred, was 34 and his mother, Sarah, was 24.  He was baptised on the 17th June 1896 in St Mary’s Laisterdyke.  He had two sisters. He died on 4 October 1917 at the age of 21, and was buried in Ieper, West-Vlaanderen, Belgium.  See Find a grave. 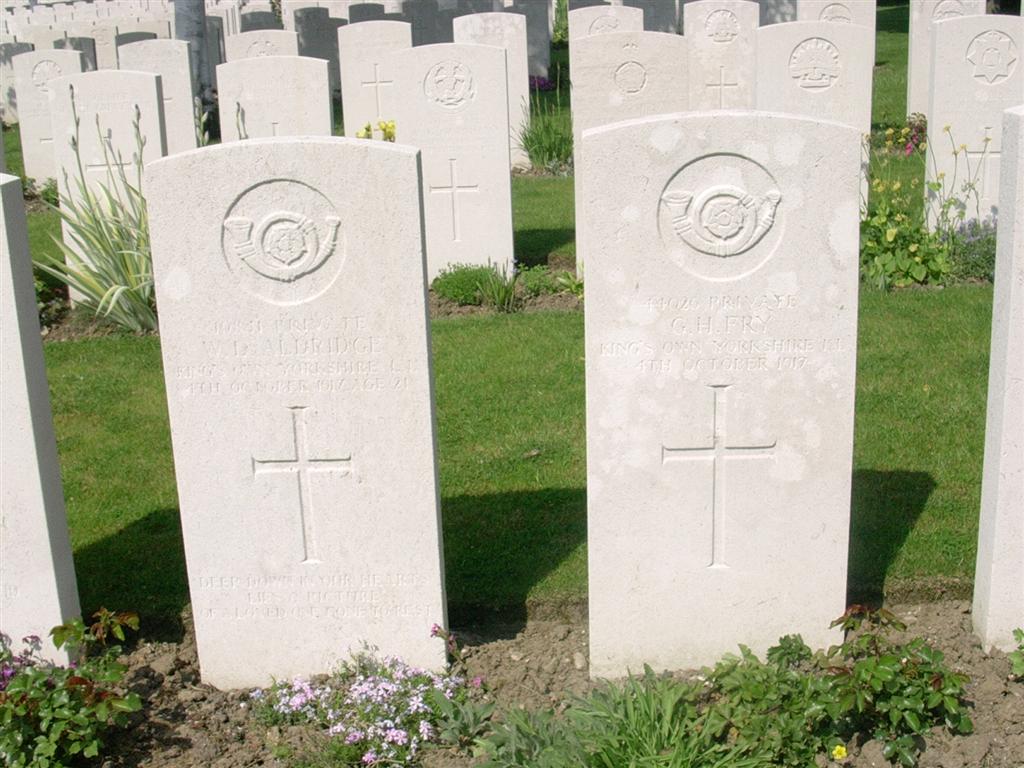 Firth Broadley.
Firth was  Born in Halifax on 3rd July 1898 to Joshua and Annetta, and baptised at St George Ovenden on the 11th September.  In 1911, aged 12, he lived at 79 Bierley Lane, also with his brother Horace (aged 9).
Firth enlisted in Bradford with the rank of Private to the North Staffordshire (Prince of Wales’s) regiment.  His Regimental number was 40353.
Firth died of wounds on 24th April 1918.  Some records say this was in Flanders, France, others Germany.  He is buried inNiederzwehren, Kasseler Stadtkreis, Hessen, Germany.  See Find a grave.

Douglas Chappell
Born on 28th August 1899 in Bradford.  Son of William and Martha of Dudley Hill.  Died on the 20th August 1918 in France and Flanders.  Douglas was a private in the Kings own Yorkshire Light infantry, Reg number 52029.  He is buried in Department de la Somme, Picardie, France, see here.